The History of Bombardier

Home > PJC Flights of Fancy Magazine  > The History of Bombardier 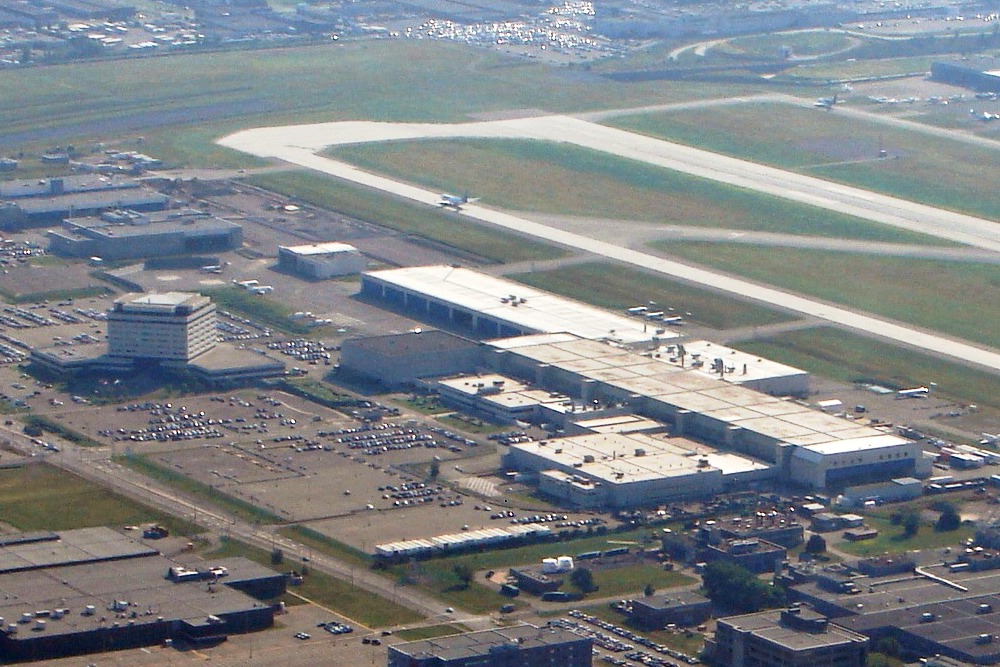 Of all the types of private planes out there, there are some private jet types that have been made a little bit more special. And a lot of the time, these are made by a company called Bombardier. In terms of sheer history, there are not a lot of aircraft manufacturers that are able to take a leg up against bombardiers. They make everything from a 20-passenger business jet to the Bombardier Challenger 300. In the world of corporate jet makes, there are only a select few who have achieved what Bombardier has. Today, we take a deep dive into the history of Bombardier. It is a long journey that has culminated in what most would regard as terrible news.

Bombardier’s beginnings start in the unlikely world of snowmobiles. In 1937, the Canadian innovator Joseph-Arman Bombardier received a patent for a vehicle that was going to change the game completely. The idea was that you could have a vehicle that had both skis and tracks. This meant that areas that were completely covered with snow could be scaled much more effectively. We can consider it as the ancestor of what we now call the modern snowmobile. After WWII had wreaked havoc across the world, there was a new sense of optimism when it came to business ventures. There was more innovation that was taking place across the world than at any other time in history. This also stands for the Bombardier company as well. They started building snowmobiles that could actually fit more passengers than one. The creatively named Ski-Doo was a big success in the consumer market. The domestic Canadian market had to always contend with extremely harsh conditions when it came to the snow and this particular invention was able to break down so many barriers. By 1967, the company was officially given the name Bombardier Limited.

Interestingly enough, the history of the company dates even farther back. In 1902, the Locomotive and Machine Company of Montreal Ltd was formed. The firm eventually had a few name changes until it merged with Bombardier and was named Bombardier-MLW Ltd in 1976. 2 years later, the name was changed to Bombardier. One of the most interesting visions of Bombardier as a company was the concept of vertical integration. They essentially bought companies that also formed part of the production process. In that way, they had greater control and also had greater profits due to the effect of value addition. Soon, Bombardier was into rail transit equipment.

In 1982, Bombardier became the last world when it came to rail transit equipment in all of North America. This was mainly powered by the fact that they got the order of 825 subway cars for New York City. The subway is one of the most powerful features of New York city and defines it in many ways. It allowed for the traffic on the roads to be much light as a lot of traffic simply moved to the Subway. This meant that Bombardier had already become a very important part of the North American canon. Being boosted by these successes. Bombardier decided to go to the very altar of high engineering. This is the part on which we want to focus mainly on. Building aircraft is no joke. You have to literally take a steel bird and make it fly into the sky. The people who even take that challenge on are generally filled with more technical knowledge than most normal people could even dream of.

However, Bombardier was a titan of the industry for the better part of the 20th century and was more than capable of taking that role on. By 1986, Bombardier had acquired the state-owned Canadair and was ready to deploy its tentacles into jet aircraft. They also added the Short Brothers to their collection, a company that was known as Europe’s older aircraft company. However, the big steal was yet to come. Those who have even a sliver of knowledge about the aircraft industry know that Learjet is one of the most important names in that sector. They were the company that invented the concept of the private jet. In fact, the Learjet 23 was perhaps the first private jet that was a mass market success. Learjet had told the businessmen of the world that they needed to own a private aircraft in order to make their business truly global. The speed of air transport was completely unmatched and allowed many companies to be able to go beyond many of the traditional boundaries that had always limited them. Just like that, Bombardier had brought to themselves a great part of the history of the private aircraft world.

Bombardier’s aggressive expansion was not near to stopping. By 1995, Bombardier was managed Flexjet, a company that offered fractional ownership of aircraft. The concept was introduced by NetJet in the 80s and was quickly snapped up by the watchful eyes of the people at Berkshire Hathaway. For many people, being able to buy an aircraft whole is just a pipe dream. The cost of a good private jet runs well into the millions. This essentially means that you are gatekeeping a resource that a lot of people are more than happy to pay a lot for. The geniuses at NetJets figured this out and realized that the fact that one jet exceeded the requirements of most people and decided to introduce the concept of fractional ownership. Why buy a full aircraft when you can buy only one-eighth of an aircraft and still enjoy over 100 hours of usage. 100 hours of flight are more than enough for even the busiest of air flyers. All the hefty maintenance costs of the aircraft are also divided amongst the owners and that makes it a lot more affordable. The aircraft is owned through a holding company and the people who own shares in the holding company own the same share in the aircraft as well, making for a very smart arrangement.

In 2016, Bombardier produced the first CSeries CS100 aircraft for Swiss International Air Lines. The name might not be so familiar at the start, but it is actually the old name of the Airbus A220. Air Canada also ordered the aircraft in the same timeframe. There was an interesting dispute with Boeing as well. Since Boeing was a direct competitor, the fact that Bombardier had numerous subsidies really hurt them. The production cost of the aircraft was over $30 million but Bombardier was selling them for about $20 million due to the incredibly hefty subsidies from the Canadian Government. It actually took the combined threats of the UK and Canadian Governments to stop Boeing’s claim. Their explanation was the fact that it was putting many jobs at risk in the country with its opposition. By this time, the sun was only beginning to set on this great company. They began selling their divisions for money. They sold their turboprop aircraft to Viking Air and also laid off around 5000 employees. By 2019, Bombardier had sold its aerostructure division to a US company.  The company sold its Business Aircraft Training to CAE as well. This was one of their most interesting moves as the company also owned the flight simulators of many of their current aircraft. By 2019, Bombardier sold its CRJ program to Mitsubishi. The agreement was negotiated in such a way that Bombardier was able to keep its Mirabel facility and produce the CRJ until all the orders that had been made prior to the agreement were fulfilled.

The problems for the aircraft industry had already started prior to the pandemic. They were announcing layoffs left, right, and center. The world that Bombardier had built was slowly crumbling. The last nail in the coffin was yet to come. In February 2020, Airbus bought the last 25% of the A220 for nearly $600 million. This meant that now Bombardier Aviation was nothing more than a shell and had absolutely nothing that was tangibly existing.

The only lesson that this tells us is that business is always fickle. There are going to be downturns and some great years. In a booming industry, there is hardly any effort or innovation required to make a profit. The real value comes in when the tough times come around. Everyone knows from Economics classes that the economy moves in cycles. One day it’s a good year and the next day it is the worst time to do business. This is simply another illustration of the cyclical nature of the universe. Everything goes right into a circle. There is the rise of nations and then there is the subsequent fall. In fact, you can’t really fall until you have risen. A few hundred years ago, the dark age was completely over Europe and the Islamic Golden Age was absolutely booming. Today, the middle east is only a shadow of its former self and Europe is going through another golden age. There are people who are warning of Europe’s eventual downfall. The fact of the matter is that Europe’s downfall will come, the whole question is related to the timing of it. This is due to the reason that everything that has a rise always inevitably has a fall. The world has been geared to work this way and we can’t really do much about it.

This stays true for empires as well as business empires. Bombardier is another business empire that has gone through the same process. We should not be so sad and mournful about Bombardier’s fall but should appreciate the fact that this visionary company was able to send shockwaves into many industries in its heyday. Its adoption of the policy of vertical integration formed a core part of its belief system. Today, behemoths like Amazon and Google have taken the same formula and have been able to form monopolies that don’t seem likely to break. Google was just started as a search engine and now it does everything from Ads to Android OS. The idea is to simply gain so much power and knowledge in a particular area that there is no one that can beat you in your areas of expertise.